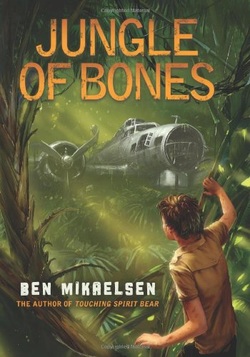 Lost and alone in the jungle, one boy will have to let go of his assumptions and anger, or be dragged down with them.

Dylan Barstow has finally crossed the line. After getting caught on a late-night joyride in a stolen car, Dylan is shipped off to live with his ex-Marine uncle for the summer. But Uncle Todd has bigger plans for Dylan than push-ups and early-morning jogs.

Deep in the steamy jungles of Papua New Guinea, there's a WWII fighter plane named SECOND ACE that's been lost for years, a plane that Dylan's own grandfather barely escaped from with his life. In all this time, no one has ever been able to track down SECOND ACE -- but now Dylan and his uncle are going to try.

Lush and haunted, vital and deadly, these alien jungles half a world away could mean Dylan's salvation, or they could swallow him whole.